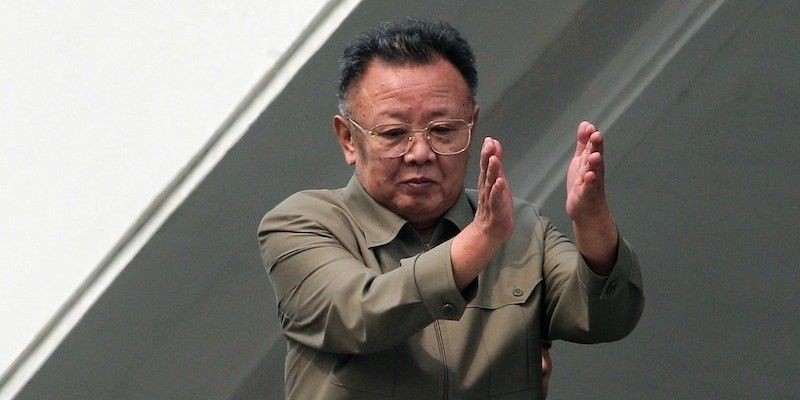 The global cause of socialism and independence is advancing at different levels and is  overcoming all sorts of upheavals and difficulties as its confronts all of the machinations of imperialism. As part of this history the international community is looking back upon the achievement of Kim Jong IL (1942-2011), eternal Chairman of the National Defense Commission of the DPRK, who defended socialism from extreme anti-socialist offensives by the imperialist allied forces.

The struggle to defend socialism waged in the late 20th century was the grimmest one unprecedented in history.

The United States, who was styling itself as the "sole superpower" after the end of the Cold War, and its allies concentrated all their efforts on overthrowing socialist Korea in their attempt to terminate socialism in the world.

The general offensives of the anti-socialist forces were the fiercest and directed against  the DPRK, small in territory and population. Worse still, natural calamities hit the country for several consecutive years, forcing the Korean people to stand at the crossroads of life or death. The destiny of socialist Korea seemed to be at stake and people of the world were apprehensive about what would become of socialist Korea.

In the early 1960s Eternal President and General Kim ILSong saw the inheritance and and continuation of Songun revolutionary leadership as being fundamental to the revolutionary cause and assigned General Kim Jong IL with the task of developing a dialectical connection between the activities of the KPA and the party. It was the beginning of the Songun revolutionary leadership of General Kim Jong IL when he visited the Seoul 105th Tank Division of the KPA on August 25th which is now a national holiday in the DPRK and was the first of Kim Jong IL many visits to various KPA installations.

In the 1970s and 80s he concluded that as a fundamental task of army building, the  KPA must become an army of the leader and of the party and that it was essential for it to be strengthened politically, ideologically as well as technically and military. In the 1990’s there was a great change in the political composition of the world and the balance of forces. The US and the imperialist reactionary forces intensified military and political efforts to stifle the DPRK and its socialist development and to bring about regime change.

General Kim Jong IL based on a scientific analysis of the changed situation, declared at home and abroad that the politics of the DPRK is Songun politics. At the first session of the 10th Supreme People Assembly in September 1998 a new system of state mechanism was introduced with the National Defense Commission being elevated to the leading body that the Songun politics of the party is the main political mode of socialism which began in the era of Eternal President  Kim IL Sung General Kim Jong IL determined that there was a need for the line of the Songun revolution to be further strengthened as long as US imperialism and their lackeys survived and their aggressive attempts to overthrow socialist Korea continued.

Kim Jong IL said that in the prevailing situation in which the DPRK was faced with the acute military threats of the imperialist forces there could be neither the people, nor socialist state nor the Party without a powerful army, and that in this sense the army is just the people, the state and the Party.
Thanks to his continuous army inspection the Korean People's Army was developed into the army that is perfectly prepared in an ideological, military and technical way and into a formidable one capable of smashing any enemy if it dares attack.

An all-people defense system was further  strengthen  with   the people defending the country together with the army and he put forward the line of developing the defense industry on a preferential basis and realized it in a thoroughgoing way. The defense industry of the DPRK is capable of producing any modern means of attack and defense, powerful Korean-style military hardware and combat equipment. Socialist Korea ranks among a few world powers which manufacture and launch artificial earth satellite and is recognized as a nuclear state.

Kim Jong IL advanced a grand plan of building a thriving socialist country and led energetically all the Korean people to this end. Under his seasoned leadership  socialist policies as free medical care, education, free housing and cultural activities  are available to the people  even in untold difficulties as a result of the illegal and unjust UN/US sanctions with  monumental structures conducive to  promote the  people's well-being constructed  in all parts of the country.

Consequently, the schemes of the United States to militarily stifle the DPRK were defeated this is the fruition of Kim Jong IL unshakable faith in socialism and original Songun politics.

Even the VOA commented that the world must acknowledge Kim Jong IL, leader of the DPRK, as an outstanding leader of politics yet to be known in the world, a socialist statesman with absolute faith in and loyalty to socialism and fortitude, and a military commander.

The reality of Korea that steadfastly defended the socialist cause by braving all sorts of challenges and threats of the imperialists, instilled great confidence and courage into the minds of the people of the world that aspired after socialism.

Under the guidance  of Kim Jong IL the Pyongyang Declaration, titled, Let Us Defend and Advance the Cause of Socialism, was adopted in April 1992, and signed by the representatives of 70 political parties aspiring after socialism.

Under the banner of the Pyongyang Declaration the world socialist cause overcame temporary crisis and achieved a fresh progress, thus greatly changing the world political trend. Even the countries in Latin America, which was once called the "quite backyard" of the United States, went with the tendency of the times that desired for socialism.

Today the socialist cause of the DPRK is being inherited brilliantly by the current leader Kim Jong Un who is wisely leading the country to advance by leaps and bounds towards the thriving and civilized socialist nation.

Kim Jong IL exploits performed for the socialist cause will remain for ever in the hearts and minds of progressive mankind. 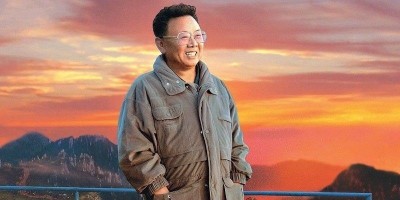 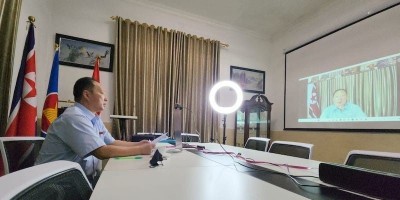 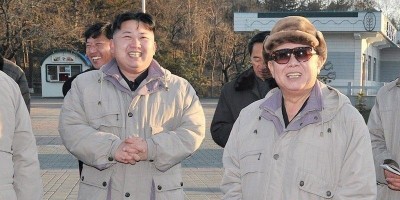 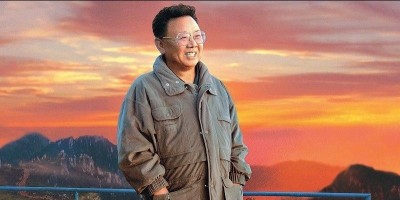