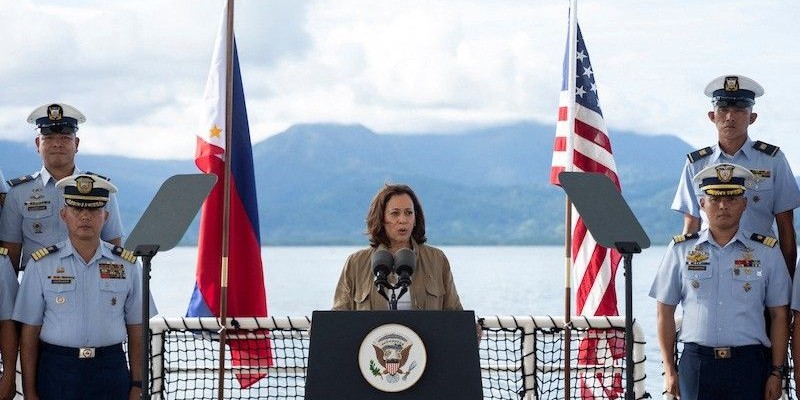 THE Philippines-Korea Solidarity and Friendship Society strongly condemns the hypocrisy of US Vice President Kamala Harris’ statement at the Asia Pacific Economic Cooperation meeting, criticizing the Democratic People’s Republic of Korea (DPRK) for its recent missile launch as an act that “destabilizes the security in the region and unnecessarily raises tensions.”

DPRK’s latest long-range air-missiles testing, which coincided with the conclusion of the APEC Summit in Thailand was a counteraction against the forging of a trilateral alliance of the US, South Korea and Japan against North Korea’s “provocations.” Formalized at the sidelines of the recent ASEAN Summit meeting in Cambodia, the US-sponsored three-way cooperation to deter and prevent DPRK’s nuclear program arms buildup and repeated ballistic missiles tests hypocritically puts pressure on DPRK’s de-nuclearization and non-proliferation of nuclear weapons while the US and its major allies maintaining one of two largest nuclear arms arsenals in the world.  Why is it incumbent on DPRK alone to disarm?

Adding insult to injury, the US response to the so-called provocations was to immediately call for another emergency United Nations Security Council meeting, the second in just a month on November 21, especially as it failed to produce a joint condemnation against the DPRK’s short-range ballistic missiles testing earlier this month following the restart of US-Republic of Korea's “Vigilant Storm,” the large-scale joint military drills in the Korean Peninsula since 2017.

We lament that the renewed escalation of tensions in the Korean Peninsula will make the longstanding desire of the Korean people for a just and independent peaceful reunification even more arduous.

Ever since the Korean War in the 1950s, the US has time and again pursued its falsehood narrative of DPRK as “the supreme evil” or “a rouge state” and now “a nuclear provocateur.” It has also relentlessly imposed a host of economic, financial and diplomatic sanctions against DPRK whilst turning South Korea into the biggest nuclear arsenal in the Far East, seriously intimidating the DPRK with repeated joint military training exercises for nuclear war.  No nation in the world has been exposed to the nuclear threat so directly and for so long as the Koreans.

We demand an end to this pattern of US-led nuclear intimidation, economic blockade and sanctions against the DPRK and the Korean people. We recall that all known wars of aggression in recent memory were supported by the US military industrial complex in supplying arms, troops and logistics to client-States such as in the conflict in Palestine, Iraq, Afghanistan, Kurdistan, Syria, Yemen and more recently in the war in Ukraine.

With the global economic, health and ecological crisis exacerbated by the Covid-19 pandemic, with runaway inflation, with climate imperialism compounding the food and energy crises, and with the prolonged war in Ukraine, the US has set the stage for its geopolitical and economic interests against competing emerging superpowers in an increasingly multipolar world.

In our region alone, it is a well-known fact that US security and foreign policies have always been consistent and unchanged in the last 75 years.  It has sustained an enduring security presence in the region in support of “regional peace, security, stability and prosperity.” It continues to assert and reaffirm its leading role not only in the Asia Pacific region but also in the wider expanse of the Indo-Pacific that comprise the integrated region of the Indian and Pacific Oceans and the countries surrounding them.

Enshrined in its Indo-Pacific Strategy framework, the Biden-Harris Administration seeks to “modernize” its hegemonic ambition to firmly anchor in the region through an “open, connected, prosperous, resilient, and secure” Indo-Pacific and to focus on “sustained and creative collaboration with allies, partners, and institutions, within the region and beyond It.”

This year alone, we saw the highly publicized series of diplomatic missions, visits to US regional treaty allies—Australia, Japan, ROK, Thailand and the Philippines, leading regional partners—India, Indonesia, Malaysia, Mongolia, New Zealand, Singapore, Taiwan, Vietnam, and the Pacific Islands, high-level participation in the G20 summit, ASEAN and East Asia Summit, Quadrilateral Security Dialogue or QUAD, and APEC.  It sponsored the Presidency of India in next year’s G20 Summit and even announced its hosting of the APEC Summit 2023.  Worried about China’s growing influence in the region, the US stepped up its military activities in the Pacific Islands, the Taiwan Strait, the Korean Peninsula and in the South China Sea.

It is in this context that we also join in protest the visit of US Vice President Harris in our country today.  We condemn the 2-day visit which signals a renewed strategic partnership with the corrupt and tyrannical Marcos, Jr-Duterte Administration in the areas of economy, connectivity, energy, and security, which is in keeping with its Indo-Pacific Strategic Framework.

We vehemently oppose any economic and military aid packages that US VP Harris will dangle to reassure us of their firm support over our arbitral win versus China in the disputed exclusive economic zone in the West Philippine Sea, to secure more access for visiting forces,  joint training and military exercises, military basing for refueling and rest and recreation under the Mutual Defense Treaty (MDT) , Visiting Forces Agreement (VFA) and the Enhanced Defense Cooperation Agreement (EDCA), and to squeeze blood and sweat of Filipino working people from more debt, higher taxes and austerity measures, causing more human rights violations and plunder of our natural resources.

We vow to resist any attempt to violate our sovereign right to develop as a truly free and independent nation.  And inspired by the DPRK’s enduring self-reliance and resilience, our strong solidarity and friendship with the Korean people, we will continue to resist, and we will prevail. 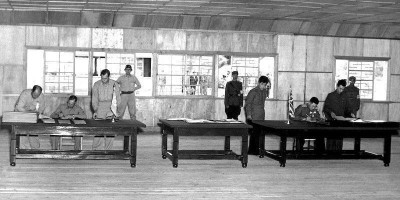 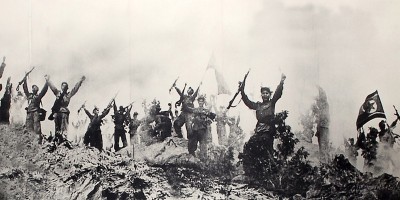 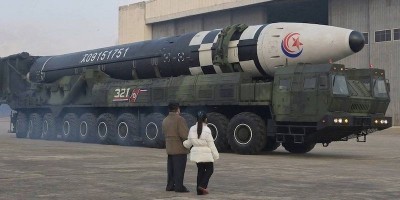