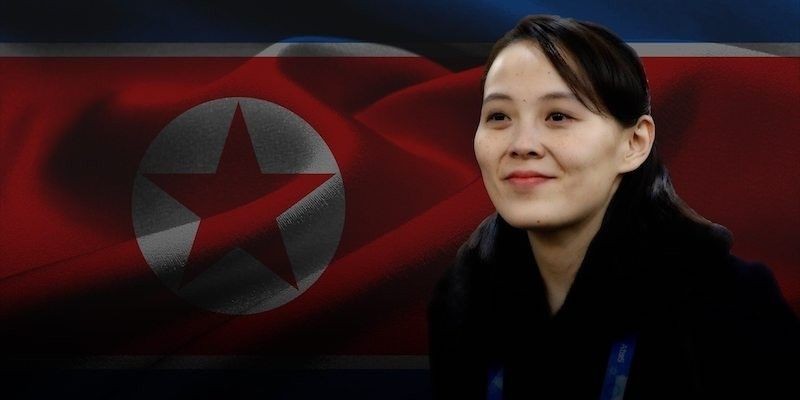 Kim Yo Jong, vice department director of the Central Committee of the Workers\' Party of Korea.

Kim Yo Jong, vice department director of the Central Committee of the Workers' Party of Korea, made a speech at the national meeting of reviewing the emergency anti-epidemic work.

During the days of the extremely stern anti-epidemic campaign, the respected Comrade Kim Jong Un convened a series of meetings of the Political Bureau of the Party Central Committee to protect the lives of our dear people, in which he personally came up with packages of various measures and ways, and visited anti-epidemic theatres day and night to teach clear-cut methods, she recalled, noting that during the 91 days-long arduous campaign reminiscent of a war, the respected General Secretary scrutinized more than 1 772 documents of 22 956 pages to guide the anti-epidemic campaign of the country.

Under his energetic and meticulous guidance the Party information field has concentrated all its information and motivational forces on letting all the people harden their faith in sure victory and renew their will to boldly tide over the pandemic-brought health crisis, and gained new experience and set fresh examples to fulfill its role as a powerful loudspeaker and noiseless amplifier absolutely faithful to the Party Central Committee, she stressed.

Saying that our country and people brought about an epoch-making miracle of defusing the unprecedented health crisis within the shortest period in the face of the worst difficulties under the outstanding guidance of the great leader, she went on:

Today's proud success proves once again that we can remain unfazed by any disaster and overcome it without fail as long as we are under the wise guidance of the Party Central Committee, and more clearly shows the tremendous might of our country in which the Party and the people are united in one mind.

Pointing out that the recent national hardship sustained by us was definitely attributable to the hysteric farce kicked off by the enemy to escalate the confrontation with our Republic with the global health crisis as a momentum, she said:

Now that many countries in the world are taking more effective anti-epidemic measures, realizing once again the danger of the spread of the malignant pandemic disease through contact with the objects infected with the malicious virus, it is a matter of grave concern that the disgusting ones in south Korea stage a farce of scattering leaflets, bank notes, awful booklets and things over our territory.

It is the universally accepted opinion of the international community that it is necessary to thoroughly disinfect the surface of objects as the malignant virus spreads via objects.

Such scientific clarification can never change no matter how desperately anyone may deny.

As we explained the root cause of the spread of the malignant disease not long ago, its first outbreak was reported in an area near the front. This fact aroused our deep concern and pushed us to suspect the despicable ones in south Korea. As all things concerned indicate a place too clearly in the light of background and circumstances, it is quite natural for us to consider strange objects as vehicles of the malignant pandemic disease.

It is an undeniable fact that a single person or a single object infected with the highly contagious virus may infect many other people in a moment and cause a grave health crisis.

From this scientific view, we come to draw a conclusion that we can no longer overlook the uninterrupted influx of rubbish from south Korea.

This is just an unethical crime.

What matters is the fact that the south Korean puppets are still thrusting leaflets and dirty objects into our territory.

We must counter it toughly.

We have already considered various counteraction plans but our countermeasure must be a deadly retaliatory one.

If the enemy persists in such dangerous deeds as fomenting the inroads of virus into our Republic, we will respond to it by not only exterminating the virus but also wiping out the south Korean authorities.

The south Korean puppets are, indeed, the invariable principal enemy of us and the fundamental factor that determines victory and failure of the revolutionary struggle is class consciousness.

We, officials in the Party information field, will conduct class education more intensively and offensively to further fuel the soaring anger and burning wrath of all the people and thus firmly defend this land by turning it into the invincible class fortress and dear home for the people's happiness and good health.

She in her speech pledged to make the priceless successes gained in the anti-epidemic campaign a new turning occasion for further consolidating the political and ideological might of the Party and the revolutionary ranks and more vigorously advancing our revolutionary cause. 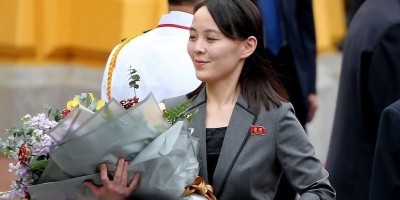 Dogs will Always Bark, as A Pup or an Adult 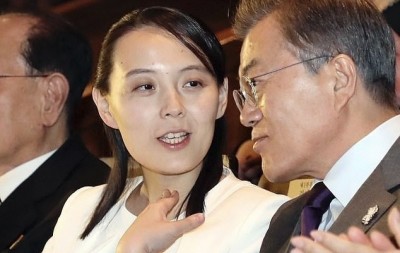 Kim Yo Jong: Necessary to Look a Right Time for Discussing the End of Korean War