In Supporting the Korean People's Just Cause to Reunify the Country Under the Banner of Independence, Peace, Grand National Unity 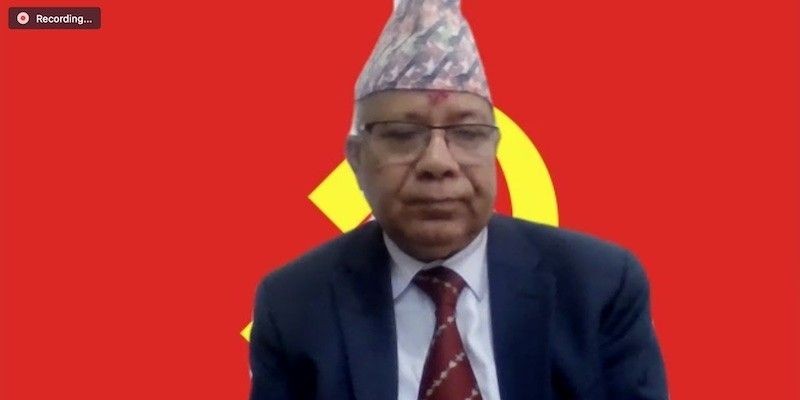 Respected Co-chairpersons of the Asia Pacific Regional Committee for the Peaceful Reunification of Korea, Joint Secretaries and Members,

Dear leading members of the organizations of friendship and solidarity with the Korea people in the Asia Pacific region,

Dear delegates of different progressive organizations, and anti-war and peace-loving organizations who are devoting for peace and reunification of Korea,

Before starting with my report, I would like to pay tribute to Madam Rachmawati Soekarnoputri, Mr. Himori Humihiro and Mr. Peter Woods, the co-chairs of the APRCPRK who passed away recently after devoting decades of years to supporting the Korean people in their just cause and building up the international solidarity for the independent and peaceful reunification of Korea.

They were founders of our organization; they had innovative vision and contributed their time, wisdom and passion to developing it into a unified organization and they faithfully played a role as organizers and vanguards in the activities till the last moment of their lives. I can vividly remember them speaking so proudly in the previous Zoom Meetings.

Though they are not with us physically, their aspiration and spirit for world peace, justice and independence will always stay with us and inspire our efforts.

At the same time, I would like to express my heartfelt thanks to the participants present here for your spiritual strength, execution capabilities and collective collaboration to ensure that today's meeting is held as planned true to the desire and will of the late co-chairpersons despite the sudden confusion caused by their demise.

Dear friends,
Today we are commemorating the 10th anniversary of the foundation of the APRCPRK and this allows us to reflect the activities of the organization mirrored not in the last decade but the years beforehand.

Among us present here are not a few who joined the founding ceremony of the APRCPRK. However, I assume that there are not so many who are aware of the fact that early in the 1990s the national organizations for peace and reunification of the Korean peninsula started to be knitted into the regional organization in order to frustrate the armaments of the separatists, to meditate the tensions and to support the positive proposals and measures laid forth by the DPRK government for the reunification of Korea.

On August 17th 1991 a meeting was convened in Katmandu, Nepal to denuclearize the Korean peninsula and remove the nuclear threats of the US in Asia. Around 50 political parties and leading members of the organizations from 13 countries like Nepal, Australia, Bangladesh, Sri Lanka, India, Vietnam, Pakistan, Thailand, Malaysia, Japan, etc agreed that the reunification of Korea is an urgent issue to be settled as early as possible in the perspective of both the national independence and the peace in Asia and the rest of the world and formed the Asia Regional Committee for the Reunification of Korea to strengthen friendship and solidarity with the Korean people.

The Asian Regional Committee and Oceania Committee enhanced bilateral solidarity and cooperation while supporting the proposals for reunification set forth by the DPRK government and revealing the wicked hindrances and responsibilities for the worsening tensions triggered by the US and anti-reunification forces, and thus played positive roles in creating an atmosphere of international solidarity to urge for measures to provide peace on the Korean peninsula.

By the 2010s, the joint military exercises of the US and south Korea went more and more frantic and the events leading to the brink of war happened one after another. This raised the need to make the international support and solidarity movement for peace, stability and reunification of the Korean peninsula stronger and more appealing.

This provided the organizational framework to invigorate the activities to support and inspire the just struggle of the Korean people for peace and reunification and synergize the national solidarity activities into the regional one so that they exerted much more influence not regionally but globally.

The APRCPRK, ever since its formation, steered the activities in accordance with the realistic conditions and requirements to praise the undying achievements of the great leaders Comrade Kim Il Sung and Comrade Kim Jong Il who made tireless efforts and devotion to the reunification and prosperity of Korea till the very last moment of their lifetime and raise awareness of the reality of Korea which is changing day by day under the wise leadership of Comrade Kim Jong Un, President of State Affairs of the DPRK who is perfectly carrying forward the cause of the precedent leaders.

Given the recent unfavorable conditions and surroundings that limited the social contacts and journey due to the global health crisis, the collective efforts and wisdom were inspired to continue the mission and activities and in this due course, we opened another enlarged meeting on May 31st 2021 and revamped the organizational structures to launch the future initiatives and activities as required by the prevailing conditions, thus laying the foundations for the innovative work style.

Besides, we highly appreciated the ideological and theoretical achievements and immortal contribution that were made for peace and reunification of Korea by the great leaders Comrade Kim Il Sung, Comrade Kim Jong Il and Comrade Kim Jong Un, and launched the activities to support the efforts of the Korean people to reunify the country in various forms and methods like signature campaign and delivering a petition for peace on the Korean peninsula to the governments while taking the advantage of the social media in our activities.

Dear friends,
We are now greeting the 50th anniversary of the announcement of the historic July 4th Joint Declaration which is mainstreamed with Three Principles of the National Reunification laid down by Comrade Kim Il Sung, the great leader of the whole Korean nation.

By the 1970s, it was required to make a decisive measure to put an end to the danger of perpetual division of the Korean peninsula and settle the reunification issue independently.

In August 1971, the great leader Comrade Kim Il Sung, with a deep understanding of the prevailing situation out of farsighted wisdom, gave a proposal of wide-ranging negotiations that allowed to meet with all the political parties, social organizations and individuals of south Korea including the ruling party at any time to open a new phase of the national reunification. This resulted in the contacts and dialogue between north and south and finally led to a high-level political talk in Pyongyang for the first time in history. On May 3rd, 1972, the great leader Comrade Kim Il Sung met with a delegate from south Korea who came to Pyongyang for inter-Korean high-level political talk and suggested that both sides should agree and formulate the fundamental principles that can lay the basis for settling the reunification issue so that north and south can make joint efforts to reunify the country. He went on to clarify three principles of the national reunification one clause after another. It was that the country should be reunified independently without any interference of the outside forces and by peaceful means in the principle of promoting the Grand National unity.

Coming to the conclusion of the talk, Comrade Kim Il Sung highlighted to the delegate of south that Three Principles of the National Reunification should be declared to the world so that all the Korean nation and the peoples in the rest of the world could get informed as long as the principles were agreed upon between north and south and are the program to be achieved by the joint efforts of the whole Korean nation. Therefore, July 4th Joint Declaration with Three Principles of National Reunification in its core was publicly announced.

The ideology and theory of the reunification of Korea was enriched thanks to the burning love for the country and nation of the great leader Comrade Kim Jong Il and it ushered in the new era that might lead to the reunification and prosperity of the Korean nation under the ideal of by Our Nation itself.

Comrade Kim Jong Un, President of State Affairs of the DPRK carrying forward the ideas and achievements of the national reunification set forth by the great leaders Comrade      Kim Il Sung and Comrade Kim Jong Il, made an arrangement for three rounds of inter-Korean summit and talk and provided substantial guarantee for the execution of the joint declarations for peace, reunification and prosperity of the Korean peninsula.

But there is still a force that sowed the seed of confrontation and mistrust instead of peace and dialogue on the Korean peninsula and resist on the state of a war and stand against switch over to peace-that is the US. Though they appear to be interested in peace on the Korean peninsula saying that they can sit together with the DPRK anytime anywhere, it is the real intention of the US to fan up sanctions and pressure to isolate the DPRK and force it to fall into surrender and submission with a gangster logic that the denuclearization must go ahead before peace and reunification on the Korean peninsula.

However the US should not make another wrong thought and wrong decision like the Korean War more than 70 years ago. Unless they tune their way of thinking and behavior to the changing reality even after 70 years, the tradition of their defeat will go on tomorrow as well as yesterday and today.

Dear friends,
The APRCPRK has today convened an enlarged meeting on the occasion of the 10th anniversary of its formation. Availing of this opportunity, I am happy to reaffirm its mission and future orientation to further deepen the friendship with the independent and just Korean people and carry forward the efforts for peace, reunification and prosperity of the Korean people without any interruption.

We sympathized with the ideas and proposals that are set forth for the independent and peaceful reunification of Korea by Comrade Kim Il Sung and Comrade Kim Jong Il, the great leaders of the Korean people are the most reasonable and fair ones that can lead to the end of the national division forced by the outside forces for decades. We will raise the awareness of these proposals across the world and launch national and regional activities to support the efforts to achieve this.

We will stay faithful to our mission and responsibilities to support and solidarity to create an environment conducive to peace, stability and reunification of Korea and raise public opinion to ask the US to lift the sanctions on the DPRK, replace the Armistice agreement with a peace pact and change its hostile policy.

To this end, the APRCPRK shall remain active in frequent communication with the member organizations, friendship and solidarity organizations so that it will play the guiding and organizational role successfully.

As long as the mission of our organization is just and sacred, it will surely turn long-lasting and victorious and our activities will win support from lots of people.

Forward to peace and prosperity of Korea!