and what you can do to get it implemented 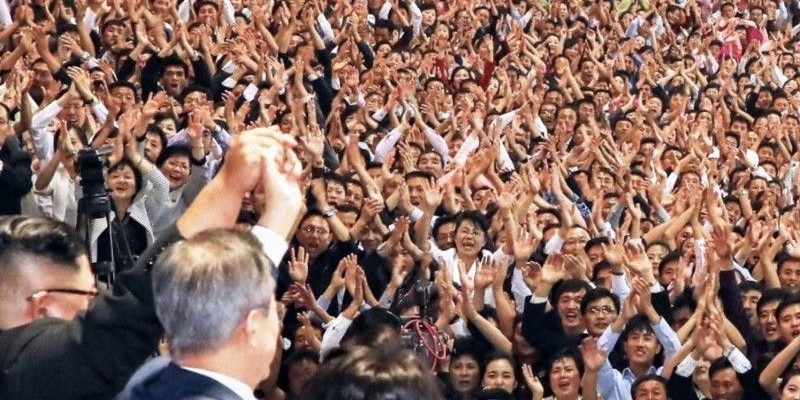 The Communiqué Stated What Koreans Want

In an historic August 1971 speech Premier Kim Il Sung declared that the Democratic People’s republic of Korea (DPRK) was willing to talk with all political parties in the south, including the ruling Democratic-Republican Party, social organisations and individuals.

The south immediately responded to Premier Kim Il Sung’s initiative and a series of joint talks were held, firstly in Pyongyang and then in Seoul. These talks resulted in the momentous 4 July South-North Joint Communiqué.

The preamble to the Communiqué stated that the talks had been held to: “remove the misunderstandings and mistrust, and mitigate the heightened tensions that have arisen between the South and the North as a consequence of their long period of division.”

The two sides agreed on the following principles as a basis of achieving unification: “First, unification shall be achieved independently, without depending on foreign powers and without foreign interference.

Second, unification shall be achieved through peaceful means, without resorting to the use of force against each other.

Third, a great national unity as one people shall be sought first, transcending differences in ideas, ideologies, and systems.”

These three principles express the heartfelt desires of south and north for Korean sovereignty and peace.

The Korean Nation’s desires were recognised and supported by the rest of the world, even the United States, in public at least. In November 1973 the United Nations General Assembly adopted a decision welcoming the 4 July joint statement.

This was followed up in December 1974 with GA resolution 3333 which urged that: “both the South and the North of Korea to continue their dialogue to expedite the peaceful reunification of Korea.”

The General Assembly went a stage further the following year in resolution GA3390 which expressed the hope that: “all the parties directly concerned will enter into negotiation on new arrangements designed to replace the Armistice Agreement, reduce tensions and ensure lasting peace in the Korean Peninsula.”

Further, GA 3390 expressed the hope that: “these discussions will be completed and alternative arrangements for the maintenance of the Armistice Agreement will be made in order that the United Nations Command may be dissolved on 1 January 1976”

None of this has ever happened.

The Korean Nation’s Support for Rapprochement and Peace

South Korean polls regularly show that 70% of the people do not consider the north as an enemy and that 80% support a peaceful rapprochement.

Invited to Pyongyang by General Secretary Kim Jong Un in 2018, President Moon Jae In gave a speech in the May Day Stadium proposing an end to 70 years of hostility and that Koreans should become one again. For this he received a prolonged standing ovation by the 150,00 strong crowd.

Despite overwhelming support for peaceful co-existence north and south of the 38th Parallel the Korean Nation remains split.

Fifty years after the signing it is time to allow both parties to implement the 4 July South-North Joint Communiqué.

Here is What You Can Do

1. Support activities of the Asia-Pacific Regional Committee for Peaceful Reunification of Korea (APRCPRK)

2. Express solidarity by supporting the Organizing Committee of International Festival in Praise of the Great Persons of Mt. Paektu (OCIFPGPP)

3. Encourage South Korean civil society peace groups to pressure their government to implement the April 2018 Panmunjom Declaration for Peace, Prosperity and Reunification of the Korean Peninsula and the September 2018 Pyongyang Joint Declaration.

4. Advocate to your government that they should support both South and North Korea to implement their pathway to peace as laid out in the April 2018 Panmunjom Declaration for Peace, Prosperity and Reunification of the Korean Peninsula and the September 2018 Pyongyang Joint Declaration.

5. Advocate to your government that they should ask the General Assembly of the United Nations to invoke GA Resolution 377 A which states that: “if the Security Council, because of lack of unanimity of the permanent members, fails to exercise its primary responsibility for the maintenance of international peace and security in any case where there appears to be a threat to the peace, breach of the peace, or act of aggression, the General Assembly shall consider the matter immediately with a view to making appropriate recommendations to Members for collective measures.”

The UN Security Council has demonstrably failed in its responsibility to ensure peace on the Korean Peninsula. The General Assembly should be encouraged to exercise its right under resolution GA377 A to recommend that all members to take “collective action” by supporting both North Korea (DPRK) and South Korea (ROK) to achieve their desired pathway to peace as agreed upon in the 4 July South-North Joint Communiqué and more recently in the Joint Panmunjom Declaration for Peace, Prosperity and Reunification of the Korean Peninsula and the Pyongyang Joint Declaration.