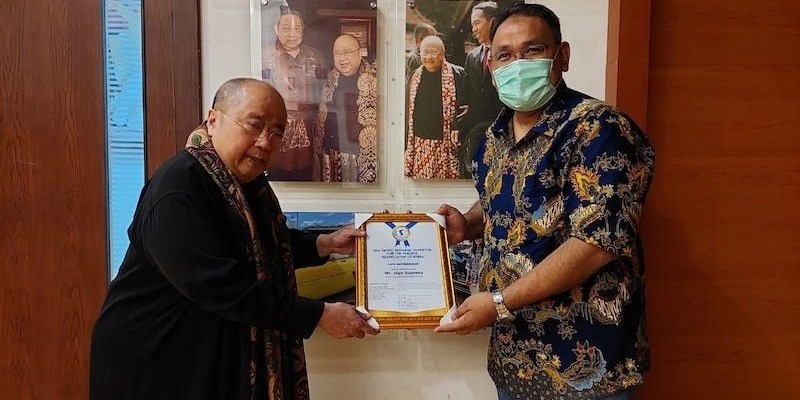 Considered to have deep concern and strong commitment to the peace process on the Korean Peninsula, Indonesian pianist and culturalist Jaya Suprana received the "Life Membership" award from the Asia Pacific Regional Committee for Peaceful Reunification of Korea (APRCPRK).

The award for the founder of the Indonesian-World Record Museum (MURI) was given at the APRCPRK special meeting which was held virtually at the end of last May.

The special meeting facilitated by the Indonesian Friendship Association of North Korea was chaired by the Director of the APRCPRK Executive Bureau, Peter Woods, and attended by a number of top leaders of APRCPRK such as Rachmawati Soekarnoputri, Madhav Kumar Nepal, Raymond Ferguson, Norma G. Binas, Javed Ansari, Hakki Ergincan, Peter Wilson, and Phanidra Raj Pant.

"The Committee for the Peaceful Reunification of Korea appreciates Mr. Jaya Suprana's concern and commitment in supporting peace on the Korean Peninsula," said Director of the APRCPRK Public Information Bureau, Teguh Santosa, who handed over the certificate to Jaya Suprana in a meeting at the Jaya Suprana School of Performing Arts (JSSPA) at Mall of Indonesia, Kelapa Gading, North Jakarta, Tuesday afternoon (5/10).

Teguh said that the "Life Membership" supposed to be handed over by Rachmawati Soekarnoputri as one of the Chairs of APRCPRK.

The delivery of certificates was hampered because of the very high number of Covid-19 cases in Indonesia in June and July, followed by restrictions on community activities to suppress the spread of the deadly virus.

"What really hit us all at the beginning of July was Mrs. Rachmawati Soekarnoputri passed away. Therefore, the APRCPRK Executive Bureau has assigned me to submit this certificate to Mr. Jaya Suprana," said Teguh Santosa.

Together with his wife, Aylawati Sarwono, in August 2017 Jaya Suprana visited Pyongyang to take a close look at developments in the northern hemisphere of the Korean Peninsula. During the visit, Jaya Suprana had a dialogue with various parties in North Korea and visited a music school for children in Pyongyang.

During the visit, Jaya Suprana expressed his desire to invite a world-class young pianist from North Korea, Choe Jang Hung, to perform in a peace concert in Jakarta.

Choe Jang Hung's solo concert which was held at the Jakarta Arts Building in April 2018 received a warm welcome from the Indonesian people and the international community in Jakarta.

“I thank you for this award. I have always believed that peace on the Korean Peninsula will be a necessity,” said Jaya Suprana.

During the meeting with Teguh Santosa, Jaya Suprana also expressed his deep condolences for the passing of Rachmawati Soekarnoputri who is the founder of the Indonesian Friendship Association of North Korea and one of the sponsors of APRCPRK.

He hopes that Rachmawati's struggle to promote peace in various parts of the world, including on the Korean Peninsula, will be continued by the younger generation of Indonesia. 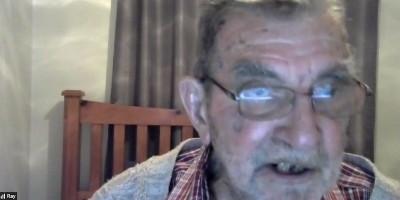 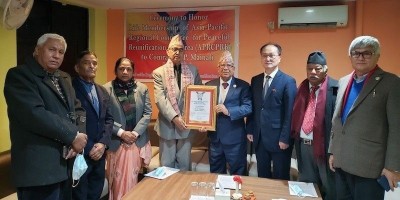 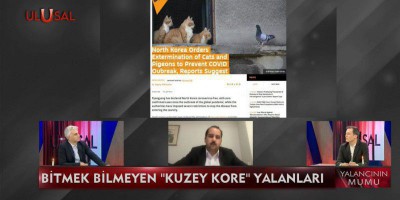 The APRCPRK on Turkish Ulusal Kanal 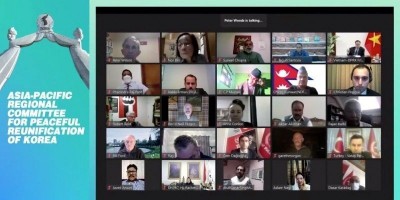